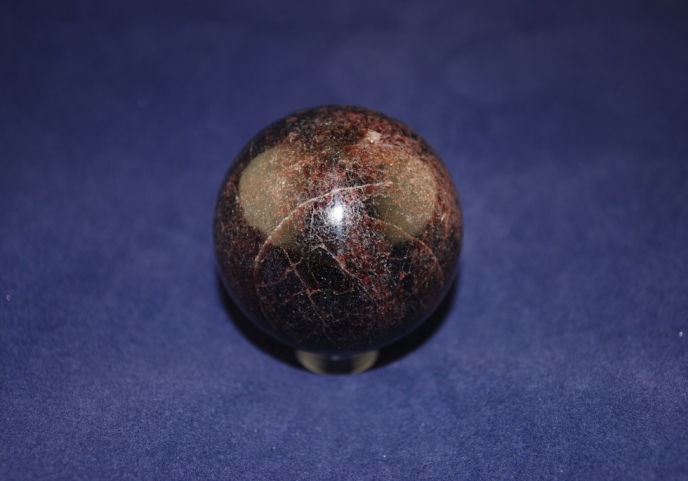 G arnet is a “Stone of health”, extracting negative energy from the chakras, and transmuting the energy to the beneficial state.

It has been used as a sacred stone by the Native American Indians, the South American Indians, the Aztecs, the African tribal elders, and the Mayans. It acts with speed due to the flash of lightening contained within, helping one to change ones world by producing both expansiveness in awareness and manifestation. It enhances ones internal fire, bringing the creative powers to the stage of implementation. It allows one to recognize inherent responsibility with respect to personal freedom and patience, inciting magnetism and cooperation in instances of change.

It has also been known as a “Stone of commitment” – to purpose, to others, and to oneself. The loving powers of garnet tend to reflect the attributes of devotion, bringing the love of others to expressions of warmth and understanding. It is quite helpful in moods of abandonment, allowing one to realize that surrender to discontinuity brings freshness to ones life.

The garnet balances and stimulates the development and movement of the Kundalini. It stimulates from both the base and crown chakras to provide for free flow of movement, via the spinal column and the inner pathway of light, helping to distribute the appropriate amount of energy to each portion of the body. It provides for a stable connection between the physical and ethereal nervous systems, energizing the total system to vitality. It etherically controls and dispenses the amount of energy that is best for the system. It also allows one to flow with the energies available.

Crystal was a sacred substance in the mind of ancient man. The word comes from the Greek krystallos - clear ice […]

Quartz  is the most recognized type of crystal. In fact, many people envision quartz crystals when they think of crystals, even […]

Rubellite (also known as Red Tourmaline) strengthens the will to understand love and to inspire tactfulness in independence, promoting creativity […]

Crystal was a sacred substance in the mind of ancient man. The word comes from the Greek krystallos - clear […]

Lazurite is a popular but generally expensive mineral. Well-formed, deep blue crystals are rare and valuable. It is more commonly […]